I discovered the power of making all the right connections initially back in 2009. Most people in business understand the importance of networking. If you have a local company, certainly joining the local chambers of commerce, rotary clubs, Business Networking International organizations (BNIs), and any other local networking group may increase your bottom line profits by a substantial amount. Joining one or more of these groups should be part of your marketing plan. 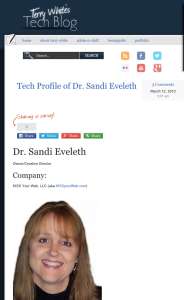 Along with the local networking events, however, I learned that in this day and age of having the Internet, it’s a lot easier to connect with people across the world. This is the story of my “First Contact” – the first time I discovered the power of making the right connection with someone via Social Media. When I reached out to this person, I didn’t realize how much of an impact it would make on my business as well as my ability to begin a new friendship with him. For those of you in the Photography and Photoshop industry, you may recognize his name. Let me introduce you to Terry White. Terry is a photographer, writer, and extensive lecturer for “All Things Adobe”. I have been a big fan of his for years. In 2010, Terry wrote a post on either his blog or Facebook page about an iPhone App he had developed called “Learn Adobe Creative Cloud with Terry White”. Since I love learning “All Things Adobe”, I decided to purchase the app and discovered what a tremendous value it was. So tremendous, in fact, I wanted to brag about it to all my friends and family on Facebook and Twitter.

After only a few times of “tagging” Terry in the posts, he paid attention and started to reply to me on social media. He saw that I was promoting him and his product because I sincerely appreciated it. Terry was then kind enough to befriend me, follow me, and all other forms of showing me that he was paying attention to my posts. As a web designer who uses photography and Photoshop as an integral part of my business, making a connection with Terry White gave me tremendous credibility in the industry. Not only that, but shortly after we connected on social media, Terry invited me to add my Tech Profile to his ever popular blog, TerryWhite.com.

Another exciting moment for me came when I attended one of the Photoshop World events in Orlando, FL. I told Terry via social media that I would be attending his particular course. On the day of his course, I actually “tweeted” to him that I was there. During a break after the class, he came right up to me and gave me a big hug! It was like having your favorite rockstar find you in the audience and make a point of hugging you! THAT was the moment I realized the power of connecting with ALL the right people.

Terry was so genuine and generous with helping to promote me, as well. I had no preconceived notion of gaining these benefits from promoting Terry. I truly loved his product, his teaching style and the consistency with which he teaches. To have not only met him in person but get promoted by him, WOW! By promoting me on his website, my Google page rank soared! Even if you believe the “rockstars” in your industry are untouchable, you will often be surprised at just how receptive they are to make the right connection with you. There will be some that won’t, but as you will see from the many stories to follow, most people are very receptive to connect with you, especially when you offer them something that helps increase their value to their own audience.

Learn How to Make Money Online 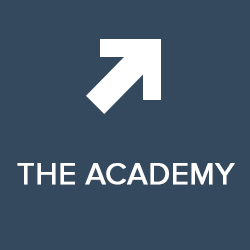 I learned from the best! Jeremy and Jason of Internet Business Mastery Academy have one of the best courses on how to make money online. They pack their learning with all the technical and strategic details needed to get your "freedom lifestyle" business up and running in no time. [affiliate link - because I believe in what they do!]

Taking this quick quiz COMPLETELY helped me discover how I need to move forward in my online business and career, in general. The huge report that gets generated is worth 10x the amount of the quiz. You won't be disappointed. [affiliate link]