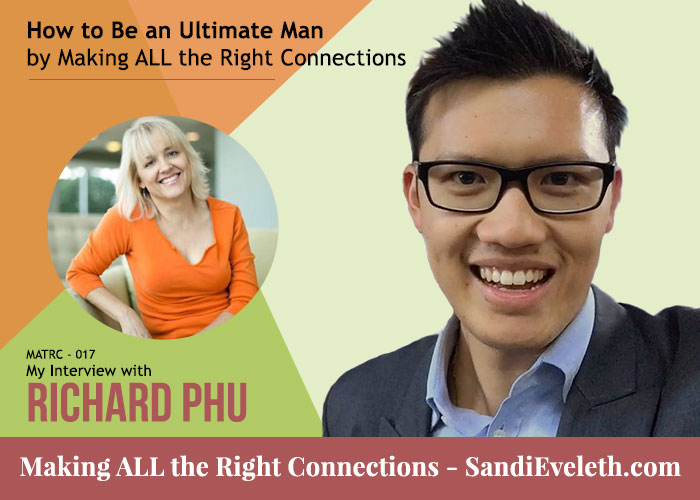 Richard is the director, founder and host of his much anticipated “Ultimate Man Summit”, as well as the director and founder of Romantic Missions.

Richard is very excited about the upcoming Ultimate Man Summit. It is a FREE, live summit you can watch from the comfort of your own home, running from November 23rd to November 28th (hence the reason I published this episode a couple of days early) with some amazing guests ranging from Dr. John Gray (author of “Men are from Mars, Women are from Venus”) to Commando Steve (celebrity fitness coach) – you have to check out the website to see the amazing line up of presenters. You will hear Richard describe the details of the summit as well as how he was able to get such amazing guests for his show by Making ALL the Right Connections.

How I Met Richard Phu

Richard and I met through a Facebook group we both belong to for Podcasters. We met through the founder of that group, Luis Congdon. Luis is also a Connector and loves helping others further their goals by connecting the right people to each other. He saw an opportunity for Richard to discuss his upcoming summit by being on the Making ALL the Right Connections podcast, while describing how he made some powerful connections for booking the presenters for his summit.

Most Important Points During the Interview with Richard Phu